A Major Milestone for the Owyhee Canyonlands

On November 7, 2019, U.S. Sen. Ron Wyden introduced the Malheur Community Empowerment for the Owyhee Act, a historic move to protect over 1.1 million acres of public lands in Malheur County centered around the Owyhee Canyonlands — an area of rugged canyons and sage-brush blanketed plateaus renowned for its awe-inducing scenery and rich wildlife habitat.

Co-sponsored by U.S. Sen. Jeff Merkley  many iconic landmarks — including the striking rock formations in Leslie Gulch, the confluence of three important desert rivers at Three Forks and the otherworldly black lava flows in Jordan Craters — would be designated as Wilderness under Wyden’s powerful proposal to protect some of the most wild, intact public lands in Oregon.

These public lands in Malheur County provide prime habitat for a wide range of wildlife and a diverse array of plants. Most notably, the Owyhee Canyonlands, which straddles the border between Oregon and Idaho, is one of the last strongholds for the imperiled Greater Sage-Grouse. This area also boasts one of the greatest concentrations of hawks, eagles and falcons in the West and over 100 migratory species fly through the Owyhee. Pronghorn, elk, mule deer and California bighorn sheep roam here and at least 28 plants found nowhere else in the world flourish in the Owyhee’s unique volcanic soils. The Wild and Scenic Owyhee River runs through this region and the area is renowned for having some of the darkest night skies in the world.

“The public lands in Malheur County are simply too exceptional not to protect for the future. The collaborative process that Senator Wyden convened to bring together stakeholders that once were at odds to better understand each other’s interests and find common ground on how to manage these public lands was exactly what this landscape needed,” said Corie Harlan, Oregon Natural Desert Association’s Owyhee coordinator. “I’m grateful to Senator Wyden for his strong leadership and to everyone who has worked together on this proposal to protect the significant cultural sites, important wildlife habitat and traditional uses of the land that make this area remarkable. Today we are one major step closer to preserving the humbling natural beauty and raw power of the Owyhee.”

Sen. Wyden announced the Community Empowerment for Owyhee initiative earlier this year and his staff spent the summer gathering significant input from Oregonians very close to and passionate about this place with an intent to create a land-use blueprint for Malheur County public lands, including the Owyhee Canyonlands. The resulting legislation will now be slated for review by the U.S. Senate Committee on Energy and Natural Resources.

Portions of the proposed wilderness areas in this act are named in honor of Mary Gautreaux, who passionately served Oregon and Oregonians as Senator Ron Wyden’s Deputy State Director for the better part of two decades. Gautreaux was diagnosed with terminal cancer this spring and died on Sept. 20, 2019, leaving a legacy of problem-solving and a love of wild places.

In a heartfelt tribute to Gautreaux made on the Senate floor, Sen. Wyden recounted a few stories from her last days, noting that, “Her whole room was built around maps of the Owyhee” and that she wanted nothing more than for him to protect the Owyhee.

“We’re really proud of what we’ve accomplished working together. Under Senator Wyden’s leadership, we worked out solutions that will protect Oregon’s Owyhee Canyonlands and support local communities over the long term. When we sat down together this past spring, we knew there was potential but the differences were daunting and we had no idea how we’d ultimately craft a solution. Through hundreds of hours of conversation, much debate and compromise, we now have a deal that safeguards this incredible landscape while also supporting local families, economies and communities,” said Executive Director Ryan Houston. “It’s beyond exciting to think that our children and our children’s children will be able to experience the same wild Owyhee we know and love today, the same Owyhee that has induced awe and earned respect for thousands of years.” 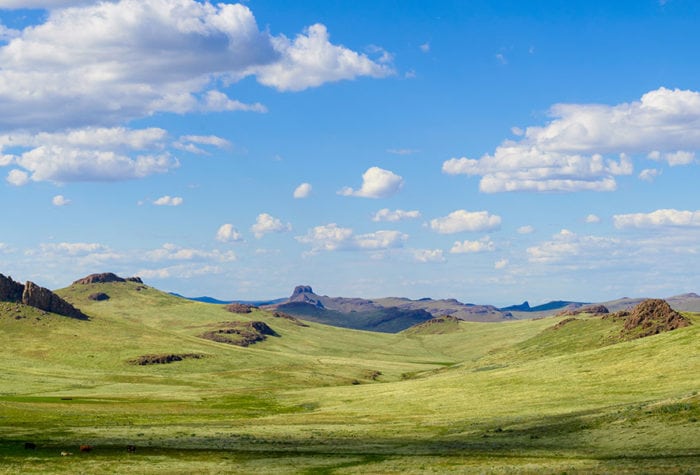 Learn more about this spectacular landscape

Thank your Senators for leading on the Owyhee!

Send an email thanking Senator Wyden for his strong leadership and Senator Merkely for co-sponsoring this powerful proposal to protect over 1.1 million acres of public lands as Wilderness in […]