Perhaps most intriguing are the ways that the plants, animals and insects that call the high desert home have evolved over millennia in ways that allow them to survive and flourish in this arid and, at times, harsh environment.

As we celebrate Earth Day (on April 22 in 2019), please allow us to introduce you to three of the most interesting desert dwellers and share a few mind-blowing facts that are sure to make you marvel anew at the wonders of Oregon’s high desert. 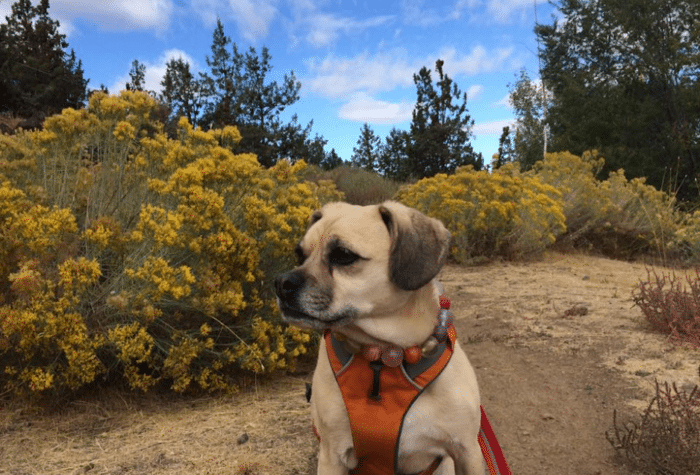 “The desert speaks for itself, but very softly. I support ONDA to promote and enable discovery of the amazing beauty and recreational opportunities of the high desert by much broader groups of people; and most especially to protect forever the full and diverse landscape of the Owyhee Canyonlands, a place without parallel or equal in our country.”

Visit Lake Abert at the right time and you could see up to 100,000 Wilson’s Phalaropes.

Wilson’s Phalaropes are peach and gray shorebirds that breed in marshlands across the West that embark on a truly amazing journey each year.

But, first, to prepare for their southbound migration, Phalaropes will vortex feed, swimming in a tight circle to bring food to the surface. Phalaropes can double their weight in just a few weeks time by eating almost continuously, a process called hyperphagia. Sometimes, they eat and grow so much in those few weeks that they aren’t able to fly. (We can relate to this feeling.) When they do leave the lake, bound for South America, they will travel roughly 5,000 miles in a single push – thought to be done non-stop – and shed most of the weight they put on.

The Pacific lamprey is one of the oldest living vertebrates on earth.

You know that saying “as old as the hills?” Well, Pacific lamprey are older.

Paleontologists have found Pacific lamprey fossils as old as 450 million years old, which means that this anadromous species that plies the rivers of Oregon’s high desert today predates dinosaurs … by more than 200 million years.

In the Columbia River Basin, the Yakama, Umatilla, and Nez Perce tribes place a high value on the Pacific lamprey as a cultural, spiritual, ceremonial, medicinal and subsistence resource since time immemorial, and it’s easy to see why this species has earned so much respect.

Unfortunately, the species that has endured volcanic eruptions and colossal floods has suffered dramatic population declines in the 150 years of the Anthropocene, as hydropower development has blocked fish passage and a variety of human activities, such as water diversions, construction, chemical treatment and mining, have degraded their natural habitat.

You’ll be amazed by how the pygmy short-horned lizard survives the harsh winter in the Northern Great Basin.

You may have heard these guys referred to – incorrectly – as a horned toad, but the proper name for this tiny lizard that rarely grows to more than seven centimeters in total length is the pygmy short-horned lizard.

And, here’s the crazy part: recent field studies have disclosed that short-horned lizards routinely hibernate by burying in sand just a few centimeters below the surface, freezing solid for months at a time. When the warmth of springtime arrives, the lizards thaw unharmed.

Remarkable for an ectothermic reptile at the Northern Great Basin’s latitude, the pygmy short-horned lizard has been recorded living in the stunted sagebrush and bunchgrass habitats of the region’s mountain summits at nearly 2400m elevation. In these zones that are snowbound for months on end, short-horned lizards spend the majority of the year in hibernation.

Oregon’s high desert remains a stronghold for the sagebrush steppe ecosystem. However, the natural systems found here are also among the most threatened in all of North America. Your vigorous support for policies that protect this unique environment makes all the difference for the 350+ species that live in delicate harmony with the high desert today.

The Oregon Badlands Wilderness, so named for its rugged and harsh terrain, lies just 15 miles east of Bend, Oregon, but arrive here and you might feel like you’ve stepped […]

Calling all photographers! Use your creativity and talent to support conservation! Submit your best shots of Oregon’s high desert for a chance to have your photos featured in our iconic […]